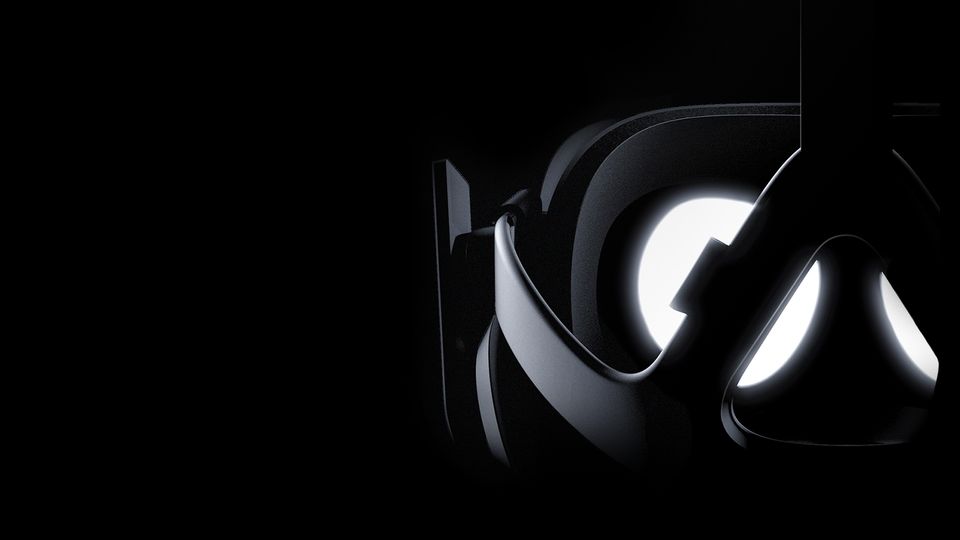 Yesterday evening Oculus hosted a press conference in San Francisco, California, ahead of the annual E3 gaming convention next week.

This was the debut of Oculus’ first commercial virtual reality (VR) headset: the Oculus Rift.

Led by Brendan Iribe (Oculus, CEO), the event revealed the final design of the commercial product whilst also provided details on what the headset will be selling with when it’s launched in the first quarter of 2016. Unfortunately some things were withheld, perhaps for E3, and neither a precise date nor a price-tag were given.

Through a series of short presentations made by Oculus staff and game developers who’ve partnered with Oculus we also got fresh insights on some of the content we can expect from launch.

From the moment you pick up the Rift, you’ll feel and see the attention to detail that went into its design and construction. Customizable, comfortable, adaptable, and beautiful, the Rift is technology and design as remarkable as the experiences it enables.

Final specifications of the headset’s hardware weren’t given so we’re left with only the broad strokes we already knew. Rift features two OLED screens displaying at high resolution and a “wide field of view”, though “maybe not quite as high-resolution as you one day want”.

Apparently the headset is super light weight, with comfortable, secure strap architecture. Rift will also accommodate glasses. The whole headset is  wrapped in fabric, of some nondescript nature judging from photos alone.

We found out more about the Rift’s tracking system: a constellation of infra-red LED sensors embedded in the headset works with a sleek external sensor to enable a precise, low-latency tracking system to detect head movements (when seated or standing) and real-world objects. The extent of real-world tracking beyond the headset itself remains to be seen. A built-in audio system delivers 360 degree spatial sound to complement immersion. These headphones are removeable though, and can be swapped out for one’s own.

All in all, it seems likely that the Rift will closely resemble specs exhibited in the Crescent Bay developer headset (covered by Phlebas here).

As part of a partnership with Xbox, Rift will ship with wireless Xbox One controller. The inclusion is indicative that in its earliest days, Oculus won’t be straying too far from the gaming precedent: allowing hybrid gaming experiences alongside traditional gaming.

The partnership also bodes well for developers, who will be able to work with existing control-input software. Phil Spencer (Head of Xbox) noted that building around the controller “unlocks the potential for game developers”.

Extending the collaboration between Microsoft and Oculus further, Windows 10 will work from launch with Oculus.

On partnering with Windows 10: “We believe we will be able to create state of the art virtual reality experiences”

It’s now clear that a veritable raft of game developers are on board with Oculus – many of which we can expect to see demos from at E3. Yesterday evening’s event was supported by several of them.

Jason Rubin (Head of Oculus Studios) introduced the topic of content from launch, opening with comments on the evolution of gaming from its earliest days with its ultimate, but unfulfilled, goal of immersion into a game. He said, “VR fulfils the dream – it let’s you step through that window”.

Below are the three trailers that were presented last night.

Eve Valkyrie was build from ground up for VR and it showcases the immersive quality of virtual gameplay. We stand by to hear more about Valkyrie at E3 next week, www.evevalkyrie.com

The delivery of Oculus developer kits to independent developers over the last two years set a precedent for such support – so it’s encouraging to see it being continued; especially considering that independent studios are often more adventurous with respect to tackling new avenues of gaming genre, of which there’s endless possibilities opening up with VR.

There was no feature presentation of VR movies however. Lost, Oculus’ first VR movie which was released in January, though just four-minutes, was a captivating display of narrative/cinema VR (See, The Verge). Oculus Story Studio, its in-house VR movie team, is planning four more movies for 2015 though – a second is premiering in late July, but we may well see teasers at E3.

A “portal to everything Oculus”, Oculus Home was announced as the user interface with Rift. It will host your games library and store browsing, and supports existing Xbox One streaming. Another feature of Home enables users to preview gameplay without purchase. Sharing and communicating with fellow Rift-users is also an embedded feature. A a 2D interface for Home will be available for computers.

Prior to the event Oculus hadn’t presented any original controllers, leaving the question of input to Rift somewhat of a mystery. But in somewhat of a just-one-more-thing moment at the end of the conference, Palmer Luckey (Founder of Oculus) emerged to present Oculus Touch. Developed under the code-name, Project Half-Moon, Oculus Touch is the in-house designed, next-generation input device for Oculus.

Luckey was pretty enthusiastic in his presentation of gesture-based input, describing how Touch can detect hand and finger positions, as well as recognise  a variety of natural gestures.

He touched upon several ambitions Oculus had for a control system: ‘hand presence’ – a sense of feeling when engaging with input devices; to enable precise manipulation of virtual entities;  a ‘low mental load’ –  something you don’t need to think about when using; the capability to recognise and interpret communicative gestures; feature traditional inputs (buttons, analogue sticks); and lastly, well designed ergonomics.

We’re promised Touch delivers in all six domains – but it’ll not be until after reviews from E3 demos that we know how well it’s working.

VR has come a long long way, in a very short space of time. Duct-tape clad Oculus Rift version 1.0 was only three years ago in 2012 when Oculus established themselves on Kickstarter. To have followed their story since that time, and now see the first commercial model of Rift, one can’t help but be excited for what’s about to come in the next few years.

Watching yesterday’s event, there was a sense of witnessing something special – arguably the first press conference of its type. Introducing the first truly VR product, outlining its hardware, presenting content partners, hinting at future development…it was reminiscent of how we’re used to seeing smartphone launches, or demos from Apple about the latest batch of updates. But this was different. This was the first in a series; for a technology sure to become just as ubiquitous and consequential as the technologies we’ve grown so used to. Of course many more VR announcements will follow, from companies beyond Oculus invested in the VR race. But this was the first. And it was captivating.

A point highlighted several times over in various forms last night referred to how Oculus had been “refining ergonomics” and perfecting its headset for years. A short span of years to be sure, but the outcomes seem pretty damn impressive and they seem to have done themselves, and us, a great service in realising VR.

All things considered – there’s a lot to look forward to with VR, and Oculus in particular. But one line from last night, delivered by Iribe, caught my attention:

“You’ll be having to remind yourself that this is not real.”

The consequences of widespread VR remain to be seen. Reaching far beyond price and hardware specifications of Oculus, there remain many unknowns as we witness the emergence of virtual worlds.

Full livestream of the event from Twitch

Perspective on the design iterations from Oculus at Tiki Toki